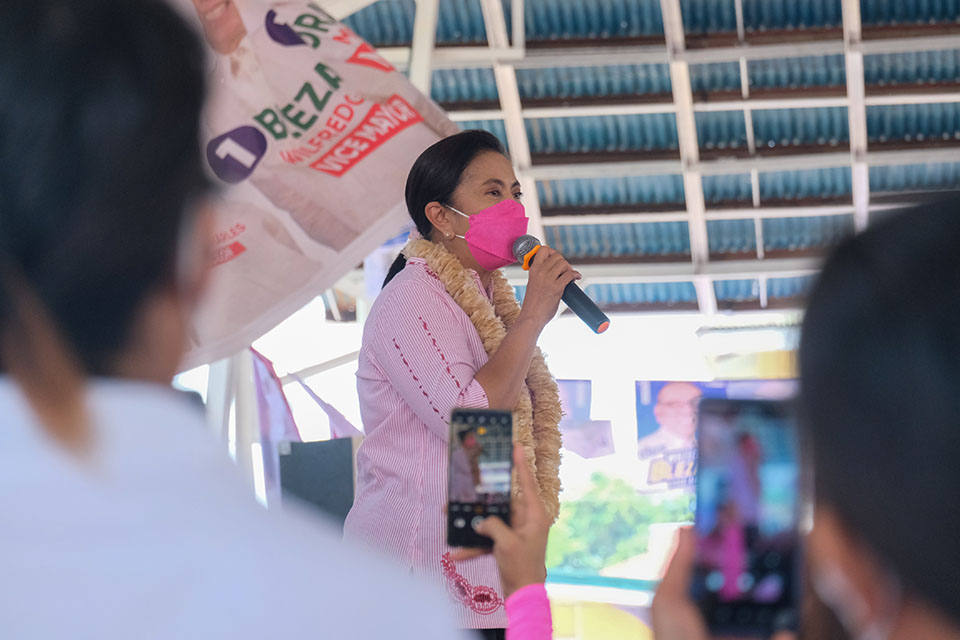 Vice President Leni Robredo visited Lubang Island, an archipelago northwest of Mindoro’s northern tip on Tuesday, April 26, where she had won the vice presidency by a landslide in 2016.

It’s an unlikely stop for many political candidates, with a voting population of fewer than 15,000 people and limited transportation, but the presidential candidate has been keeping her promise that neither distance nor inconvenience will prevent her for reaching those in need.

Robredo said during her term as Vice President, she observed people in remote areas, faraway places, are thirsty for assistance from the government.

Representatives from various sectors expressed their support for Robredo, while raising some of the issues they face on a daily basis.

The Vice President assured them their concerns will be prioritized by her administration, such as kickstarting a locally made fertilizer industry to keep prices under control in the agriculture sector. She also promised to provide livelihood support for mothers in the women's sector, as well as financial assistance to tricycle drivers and operators affected by the pandemic.

After the people’s rally, Robredo met with religious leaders at the Adoration Chapel, Our Lady of Assumption Parish, where she was prayed over by leaders of the church. She also dropped by to visit Lubang Mayor Michael Orayani at the Bahay Pamahalaan ng Lubang.  [END]