VP Leni: The farther away you are, the more I will be there 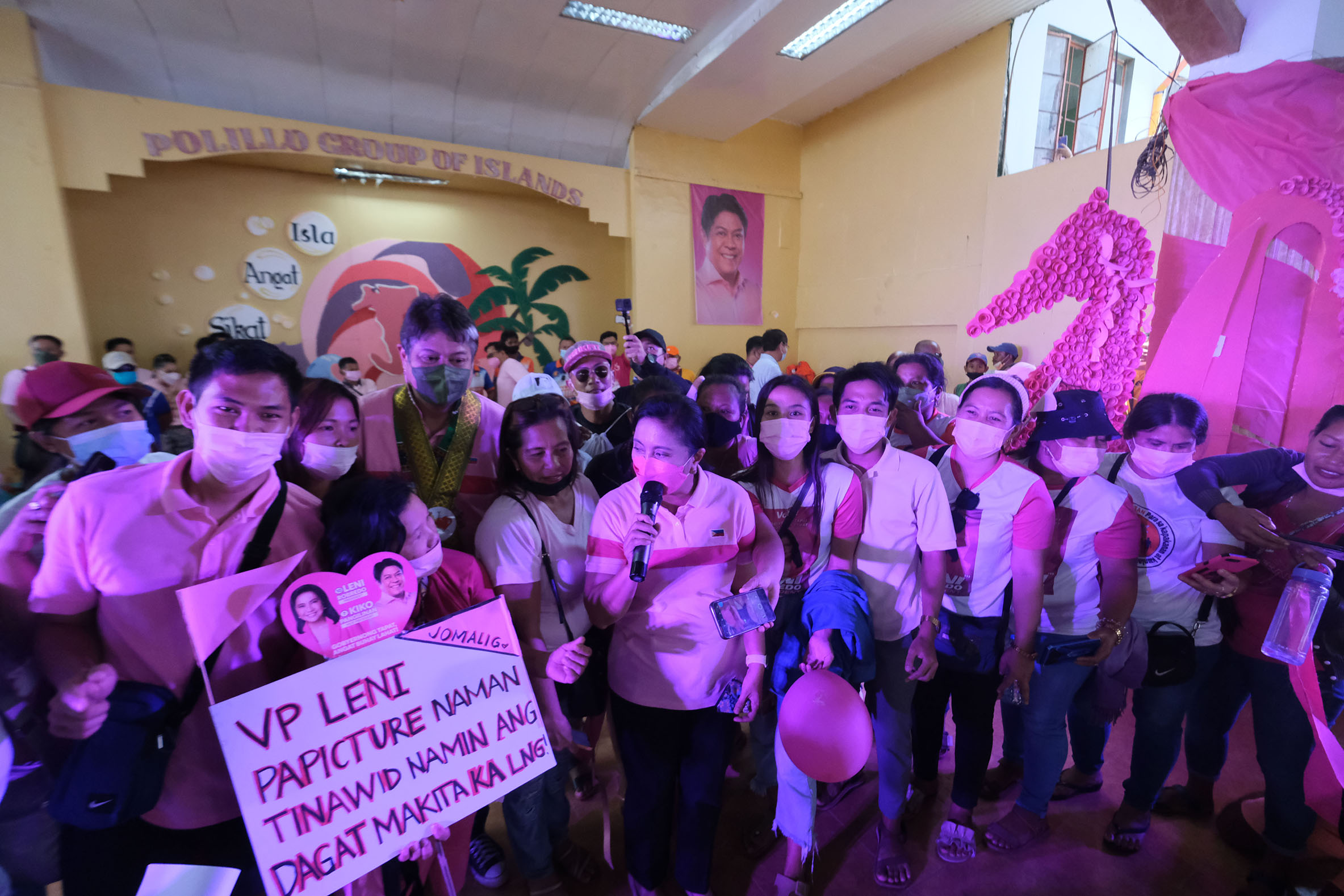 Vice President Leni Robredo has declared she will never let distance or inconvenience prevent her from reaching those in need.

It was Robredo’s first visit since the aftermath of Typhoons and Ulysses in 2020, when the Office of the Vice President distributed relief assistance to those in need.

Aside from residents of the town of Polillo, the audience included supporters from other towns in the Polillo Island Group, such as Panukulan, Burdeos, Patnanungan, and Jomalig.

Robredo noted the lack of visits from national officials to the islands, which contributed to the difficulties in providing basic services in the area.

She promised the crowd that if she and her running mate Sen. Kiko Pangilinan, are elected to office, they  will always be present wherever they are needed.

Earlier, in Infanta, Quezon, Robredo vowed to fight for the interests of the people, saying no project by the national government will be implemented without the proper consultation and consent of those whose lives and livelihood will be affected.

Her comments came after the collective call of Dumagat leaders, environmentalists, and the youth from the towns of Real, Infanta and General Nakar (REINA) to stop the construction of the Kaliwa Dam.

The plea “Ang aming panawagan: Itigil ang Kaliwa Dam” was made public during the Infanta People’s Rally dubbed as “REINAgkakaisa for Leni Kiko held at the Common Bus Terminal in Infanta.

In her speech, Robredo addressed the issue of the construction of the controversial New Centennial Water Source Kaliwa Dam Project (NCWS KDP) head on.

At the rally, different sectors expressed support for Robredo and Pangilinan. Joining the REINA farmers, fisherfolks, women, youth, LGBTQIA+ and indigenous peoples were the evangelicals and the prelature of REINA.

Robredo delighted the crowd by reading their witty placards, some of which were clapbacks to the joint press conference of Senator Ping Lacson, Manila Mayor Isko Moreno, and former Defense Secretary Norberto Gonzalez last Easter Sunday.

“The woman is here to win, not to withdraw," one sign said, which Robredo read.