VP Leni says her government will empower ‘the last, the least, and the lost’ 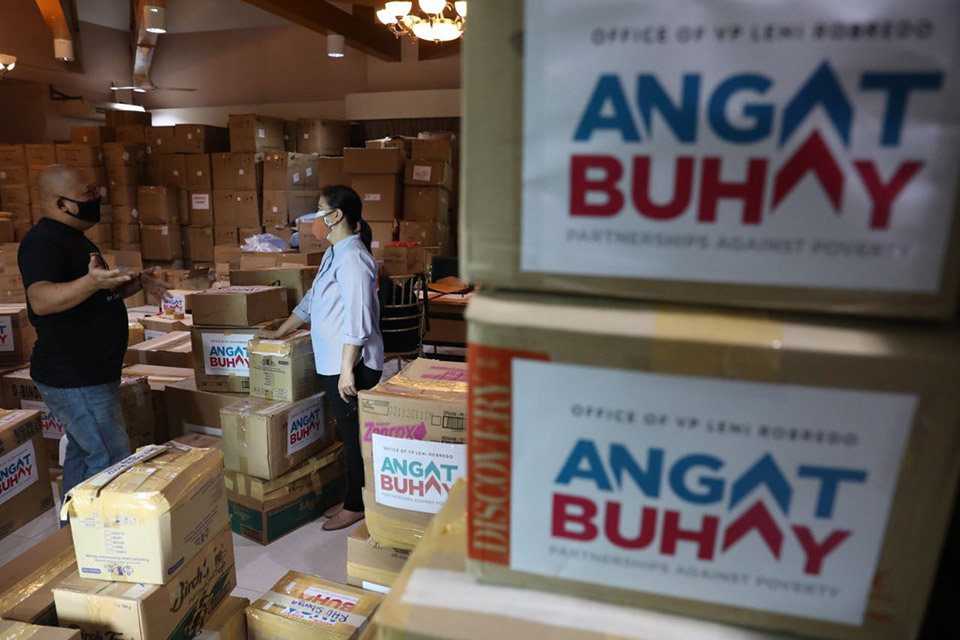 Vice President Leni Robredo says she will use her office’s experience with its flagship Angat Buhay program to help achieve her campaign promise of a better life for all Filipinos.

The presidential candidate outlined her platform for the nation’s development in a presidential forum organized by UP-CIFAL Philippines, together with the UP System Office of the Vice President for Public Affairs and UP Internet TV Network (TVUP), at an event dubbed “Leaders in Focus: Embedding Sustainable Development in the Governance Agenda of Presidential Candidates” on Thursday, April 28.

The event used the Sustainable Development Goals (SDGs)-a set of 17 goals developed by the United Nations (UN) member states in 2015-as a global call to action for a holistic approach to end poverty.

“From concept to execution, we want Angat Buhay to align with the big goal of empowering the last, the least, and the lost, and we did not need to look further than the SDGs for a framework of our objectives,” said Robredo in her opening statement. She said the program’s success is “but a fraction of the possibilities open to us should we be given the chance to work with wider pathways of governance.”

The 17 goals were grouped into five pillars – people, planet, peace, prosperity, and partnership, which served as the basis for the questions about the platforms of Robredo and the five other candidates who attended.

On reducing wealth inequality under the people pillar, Robredo said she will increase the minimum wage to bring it closer to the living wage guaranteed by the Constitution, and to help improve the lives of people working in the agricultural sector.

Robredo also said she will declare an education crisis, double the budget for education, and create a roadmap to improve learning outcomes.

The Vice President addressed sustainable energy concerns, committing to increase the share of renewable energy and phase out coal, while fast-tracking the development of liquefied natural gas (LNG) sources for use as a transition fuel on the road to independence from imported fossil fuels.

Robredo, one of the co-authors of the original draft of the Bangsamoro Organic Law, upheld the peace process with the Bangsamoro as a model to end other insurgencies. She said she would return trust in the system through a more consultative approach and listening to the grievances of insurgents.

She also emphasized economic growth must be favorable for all, not just a small segment of society.

A key point in her plan is jobs for all – removing age discrimination and guaranteeing jobs through a public employment program.

In closing, Robredo said she believes solutions to problems begin with consultation with the marginalized. She said she will seek the passage of a people empowerment law and restore bottom-up budgeting, so the people can participate in the process of governance. [End]