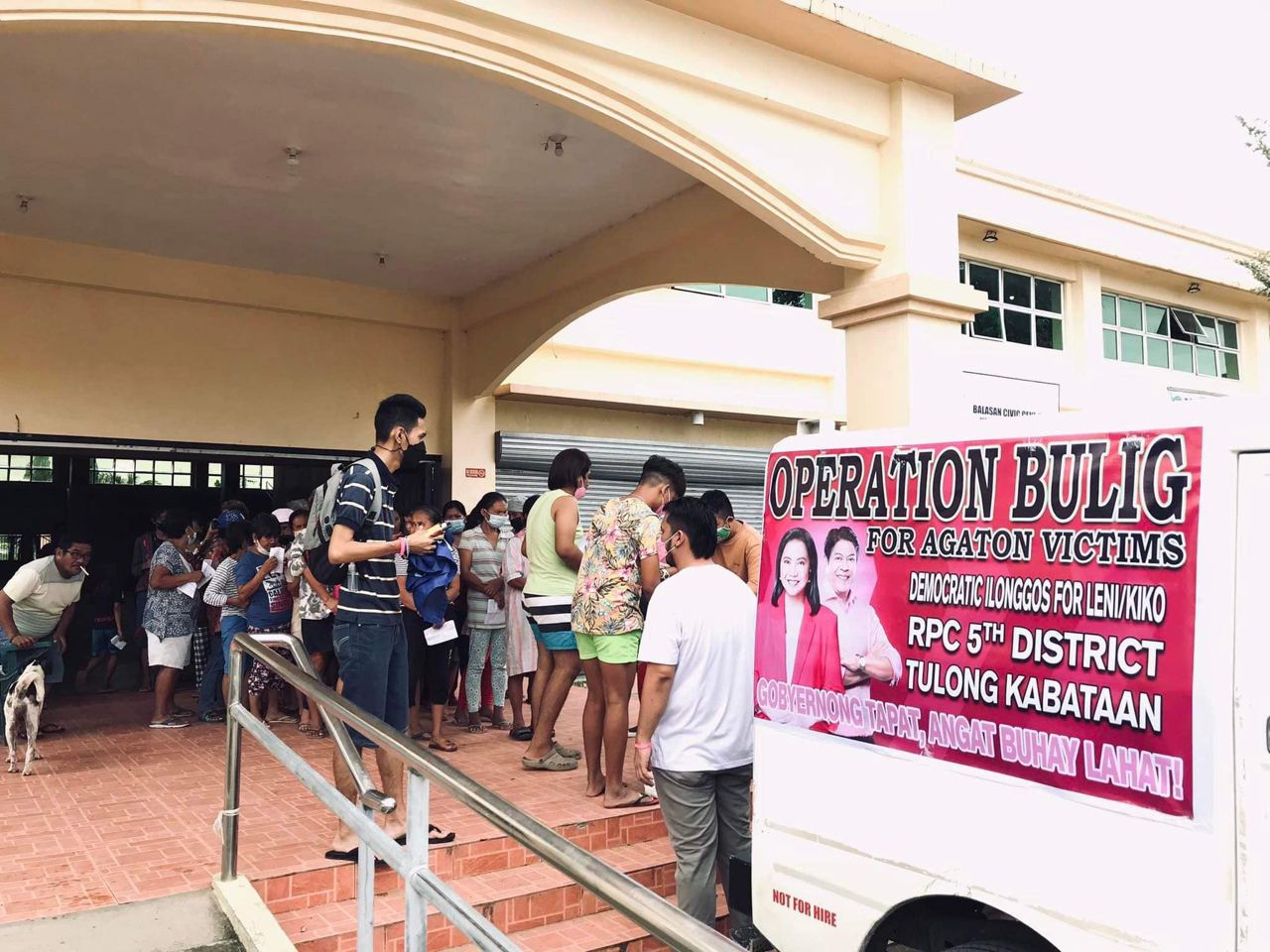 Vice President Leni Robredo has assured the public that the Office of the Vice President (OVP) is already in close coordination with local government units (LGUs) for the assistance they would need as Tropical Depression Agaton (international name: Megi) continues to dump rains in different parts of the country, particularly in Visayas, on Monday, April 11.

In a tweet, Robredo said her office is coordinating with LGUs so necessary aid can be provided to affected areas and provinces as soon as possible.

Robredo added that drinking water is already on its way to Baybay, Leyte, and is expected to arrive by lunchtime. Meanwhile, volunteers are targeting to distribute relief packs in the afternoon for affected residents in Abuyog, Leyte and Sogod, Southern Leyte.

The OVP has always been quick to respond to calamities and disasters, with the latest initiative being the relief operations for residents forced to evacuate after Taal Volcano’s unrest in March.

Robredo and her office also mobilized volunteers and millions-worth of donations for affected families of Typhoon Odette which devastated parts of Visayas and Mindanao in December 2021.

According to the Philippine Atmospheric, Geophysical, and Astronomical Services Administration (PAGASA), Agaton made its first landfall in Calicoan Island in Guiuan, Eastern Samar, at 7:30 am on Sunday, April 10.

In its 11am bulletin on Monday, April 11, PAGASA said Agaton has “slightly weakened as it remains almost stationary” over San Pablo Bay. [End]