VP Leni: “May 9 elections are bringing out creativity of Filipinos” 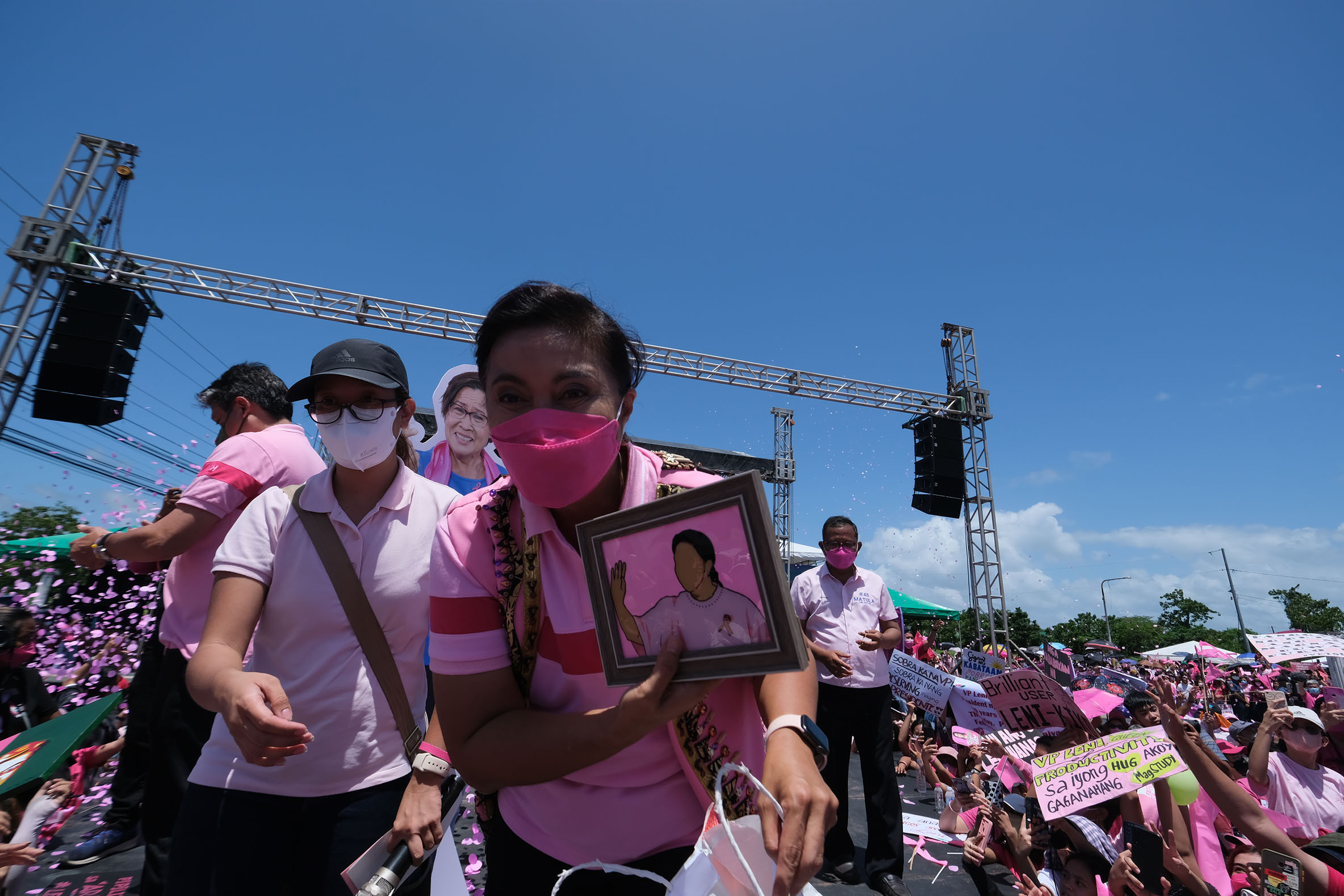 Presidential aspirant Vice President Leni Robredo said the upcoming May 9 elections are showcasing the creativity of Filipinos, specifically through their gifts for their presidential candidate.

In a Facebook Live before last week’s Holy Week break, Robredo showed the gifts she has received during her visits and rallies to provinces for her campaign sorties.

A room in her office is now filled with hundreds of gifts from Robredo’s supporters– from bags to clothes, to dolls and rosaries. She has also received local delicacies.

A customized figurine of her during the first presidential debates from a young girl, a portable light-up fan with Robredo and running mate Senator Francis "Kiko" Pangilinan's name on it, and a couple of artworks are some of the things Robredo showed on her Facebook Live.

For example, Robredo showed the dolls she received from Bukidnon, which represent the tribes of the province.

She added that everything that was given to her reflect the innate talent and creativity of the Filipino.

Robredo said there are plans to build a museum to house all these souvenir items, whether campaign-related or not, as a way of appreciating the Filipino’s craftsmanship and the Philippines’ rich culture.

Robredo said that she will also share some of the merchandise to supporters, especially those that were given in multiple pieces and sets.