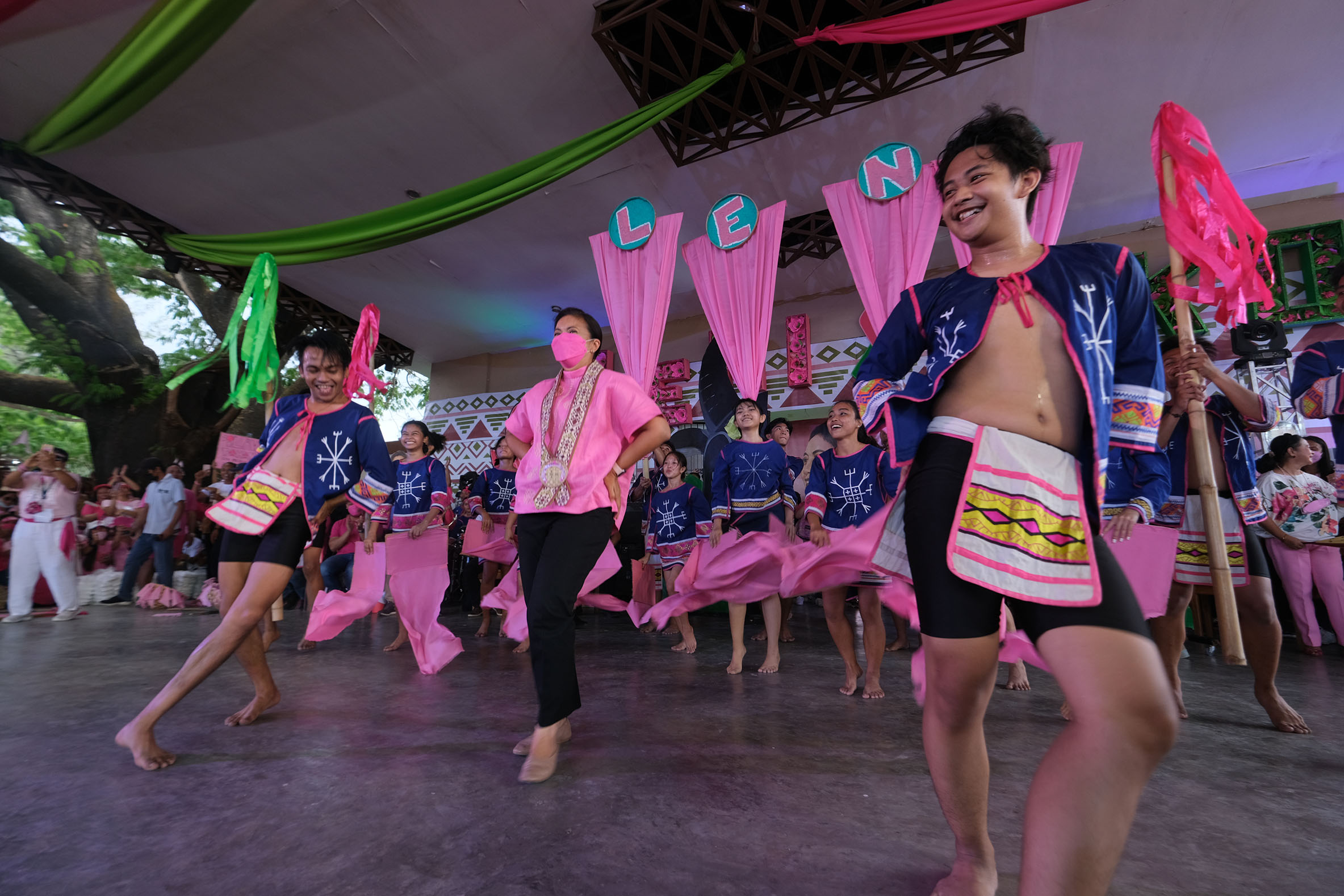 Thousands of Mindoreño supporters erupted in cheers when Vice President Leni Robredo danced for the first time in her presidential campaign at MindoRosas: The Occidental Mindoro People's Rally.

Robredo joined the Youth for Leni in performing the traditional Mangyan dance after her introduction at the rally on Wednesday, April 6 at San Jose Municipal Plaza in San Jose, Occidental Mindoro. It was her way of paying tribute to Mindoro's indigenous peoples, the Mangyan Tribe.

Robredo said that despite having a limited budget, the OVP was able to assist marginalized communities due to its zero-corruption policy.

Robredo said she is aware of the hardships and challenges Mindoreños face because of her frequent visits to the province. She says she will personally oversee the development of a solution to the province's electricity crisis.

With the current agricultural issue, specifically onion production, Robredo has made agriculture one of her top priorities. She has pledged to strengthen agriculture, the region's primary source of income.

Earlier in the day, Robredo visited the fisherfolk community in San Roque 1, San Jose, Occidental Mindoro, where she was seen wearing tsinelas, as she frequently does when meeting with communities, symbolizing her people-centered, grassroots-oriented leadership style.

The group was led by Mindoro22, the men whose boat was rammed by a Chinese vessel in Recto Bank in June 2019. The OVP through its Angat Buhay Partners, provided financial assistance worth Php1.7 million pesos as well as GPS fish finders to the fishermen.

Some decided to discontinue fishing as their primary source of income after the incident, and instead used the cash provided by the OVP to start new businesses such as sari-sari stores, small canteens, and "manukan" in their barangay.

Mindoro22 has released a manifesto of support for the Robredo-Pangilinan ticket in the 2022 elections, stating they value Robredo's leadership and presence in times of need. They noted she was the only national government official who stood up to the Chinese aggressor in 2019.