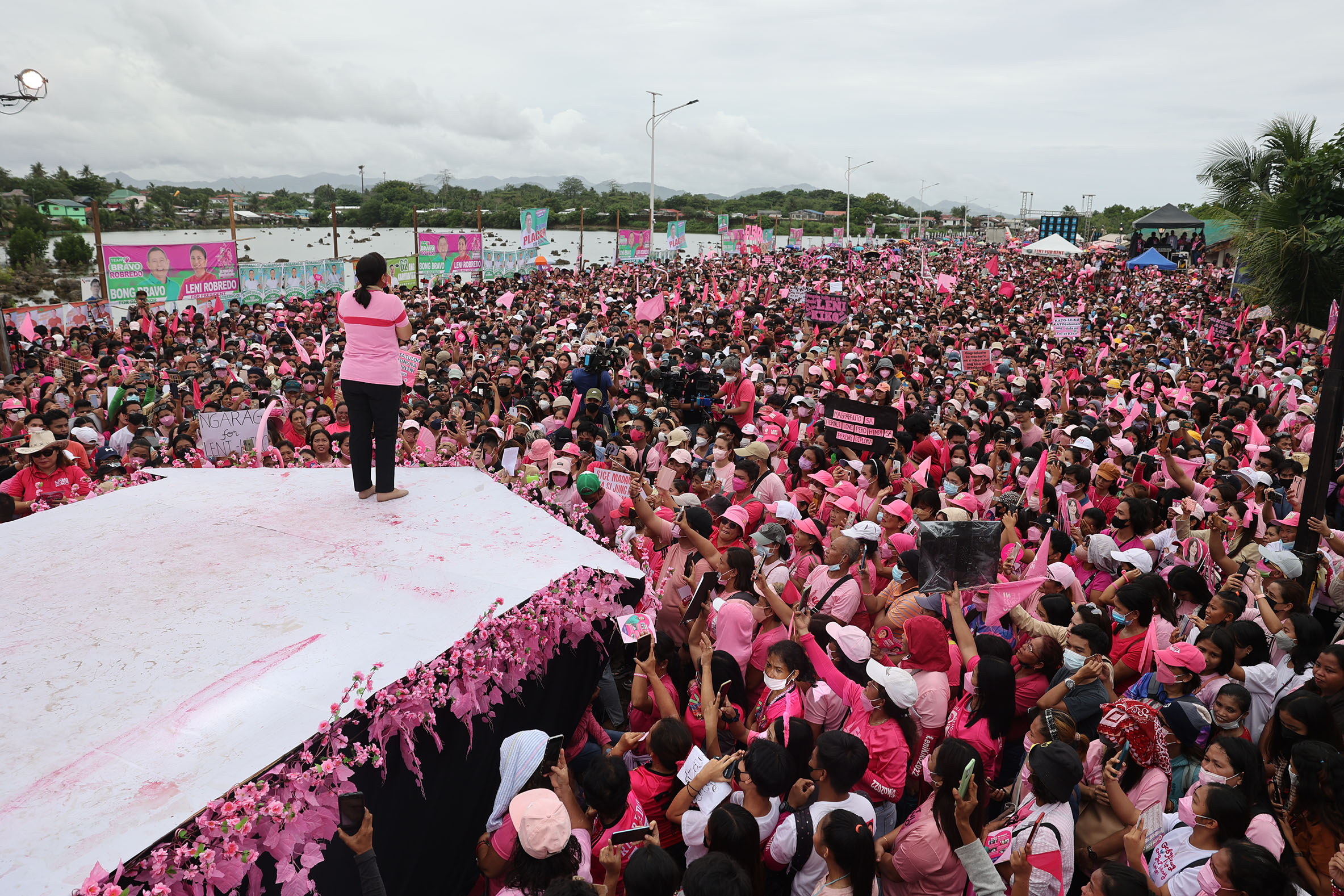 Vice President Leni Robredo said that every citizen should take part in changing the political landscape in the country.

At the Robredo Masbateños People’s Rally, on Wednesday, April 13, the presidential candidate said that the power to change the future of the country does not rest on the politicians who were elected, but rather, on the people themselves.

If elected President in the May 9 elections, Robredo vowed to work with the people of Masbate to bring progress and development in the resource-rich but ironically, impoverished, province.

Despite the early morning schedule, a 40,000-strong crowd showed up for the people’s rally for Robredo and her running mate, Senator Francis “Kiko” Pangilinan.

Wearing a rodeo hat, Robredo joined the youth volunteers in dancing the “Lapay” dance, which mimics the graceful movements of seagulls, called “lapay”.

She also told the crowd that she was often in Masbate from 2005 to 2007 to conduct training seminars and how Masbateños impressed her with their dedication to their work, waking up early in the morning if they had partied the night before.

On a serious note in her speech, Robredo said she and Pangilinan both have a long list of “resibo” – or proof – of their work for the people.

Throughout her speech, the people showed their appreciation for Robredo and Pangilinan. They brought their placards – already a mainstay in all of the people’s rallies. One read: “Jesse would be proud.”

Robredo said that in the entire Bicol region, it is only in Masbate that there is a road named after Jesse. It was a poignant remark as she mentioned that the road was very near where her husband’s plane crashed, killing him.

At the Masbate City Hall, Robredo had her photo taken beside the seal of good governance plaque that Jesse presented to the City of Masbate in 2011 as Interior Secretary. She also gently touched the plaque. [End]