La Union, other northern provinces – “breakers of Solid North” – go all out for VP Leni 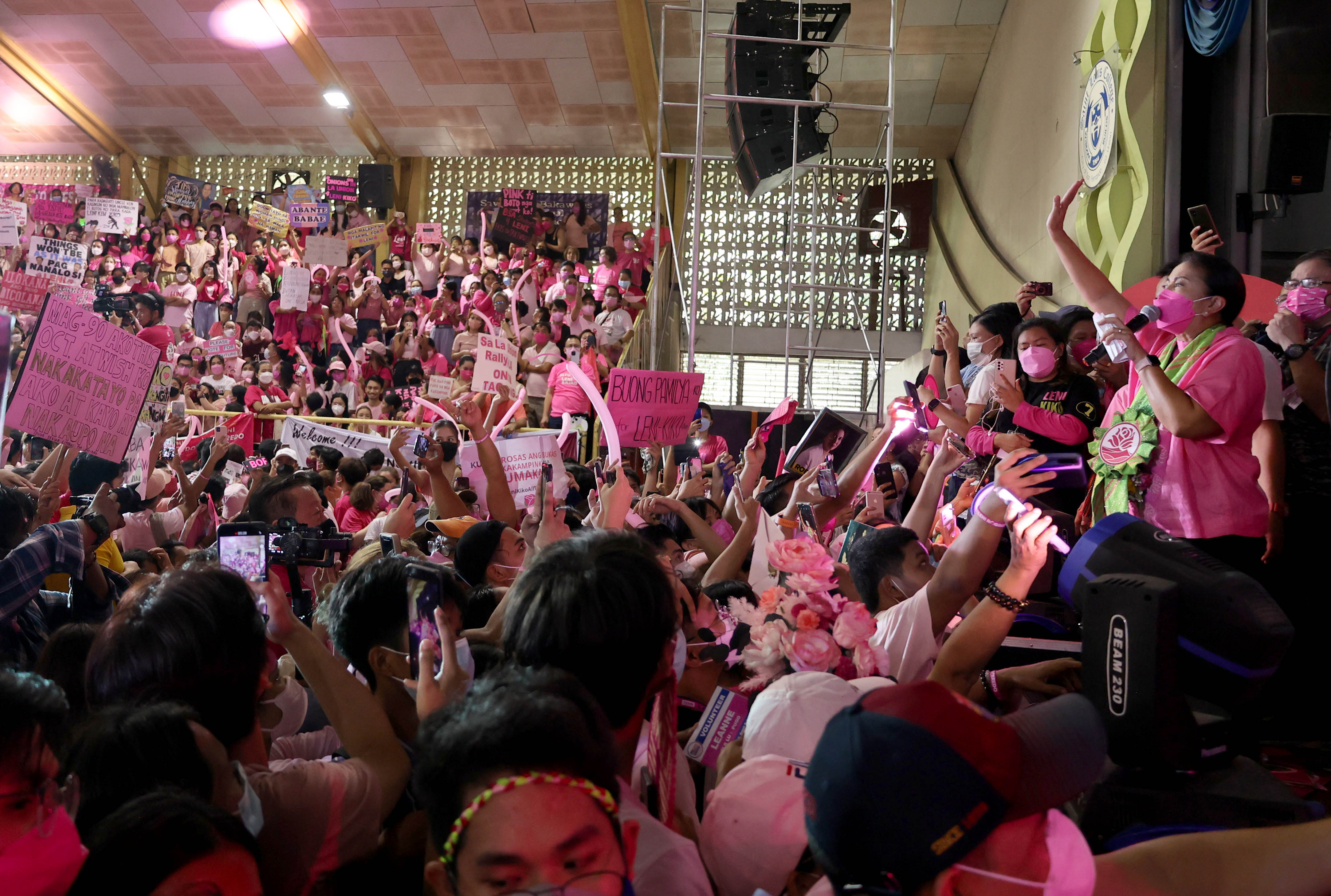 She also thanked her supporters from Abra, Baguio, and Pangasinan, which she visited just last week.

Robredo admitted that she felt nervous going to the northern provinces, known as the Solid North because of its reputation for supporting its native son. But once again, her supporters made sure that she shouldn’t have anything to worry about.

As of 11:30 am, at the people’s rally, an estimated 11,000 supporters packed the gymnasium and spilled to the grounds of SLC.

Robredo’s supporters in the north are determined to break the “Solid North”.