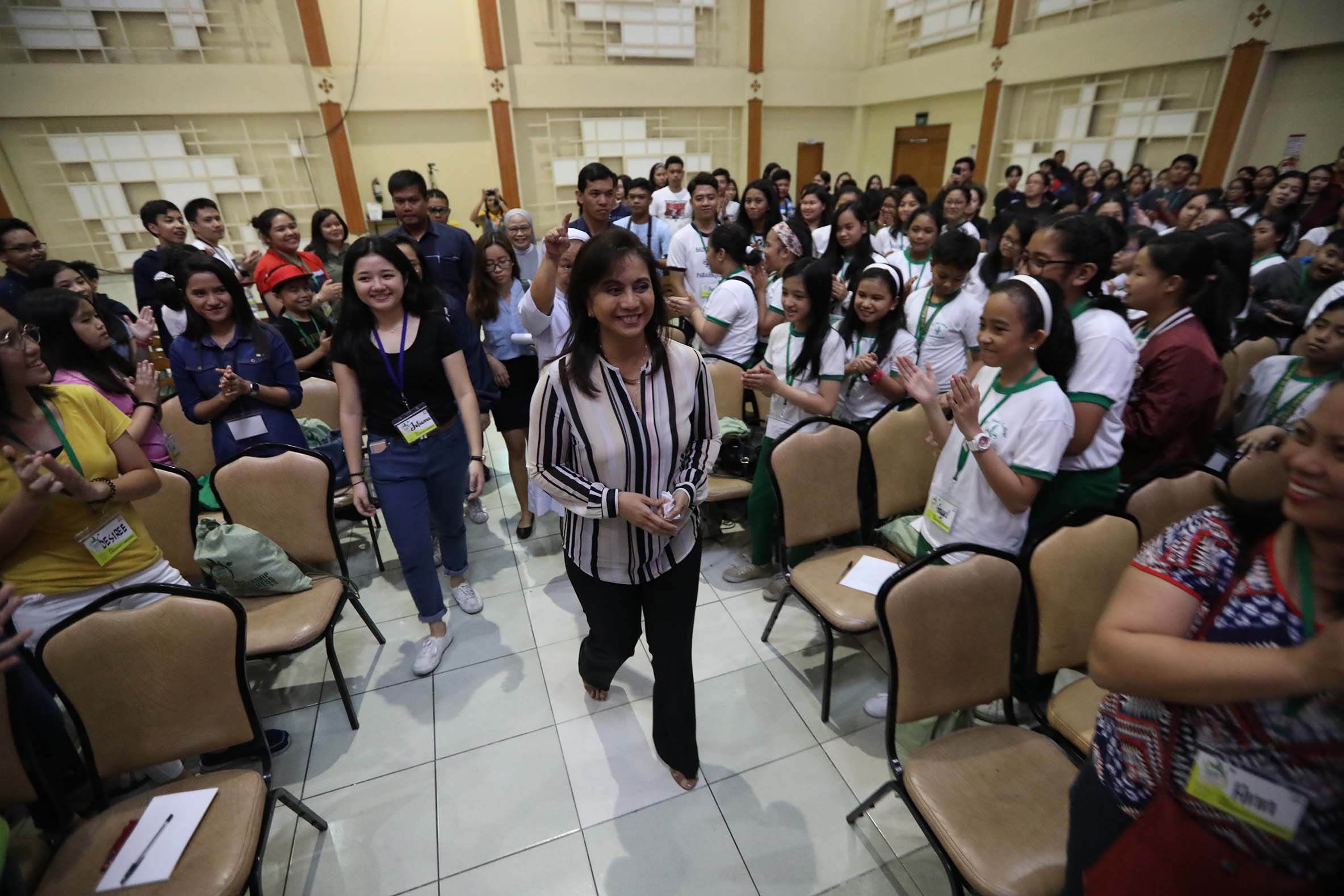 Nineteen Catholic schools from the city and province of Iloilo have endorsed Vice President Leni Robredo and Senator Kiko Pangilinan to be the country’s next President and Vice President, , respectively.

In a statement, the Iloilo Catholic Educators Discern (ICED) said that Robredo has shown has she values integrity, social responsibility, education, and love of God and country clearly manifests her capable leadership in the face of critical issues.

According to ICED, these are only few of the reasons why they chose to endorse Robredo after “several months of personal prayer and communal discernment”.

ICED said that people must vote for Robredo and Pangilinan because they are: “Makatotohan. Hindi sinungaling; Mapagkalinga. Hindi mapagsamantala; Tapat. Hindi mandaraya.”

The school heads, principals, and directors encouraged their communities – from their students, teachers, staff, administrators, parents, alumni, and their friends – to support Robredo and Pangilinan “for the sake of God and country”.

ICED said the country is now facing many critical socio-political realities that need immediate and decisive action by the government officials who will be elected in the May 9 elections.

They identified disinformation as the number one problem that “stems from historical revisionism to sow a proliferation of fake news, misuse of social media, and the blocking of facts that present the truth.”

An academe-based fact-checking initiative has recently released a study that Robredo as the “biggest victim” of disinformation in the country.

In her visits in various parts of the country throughout the campaign period, Robredo asked the people to correct the lies and misinformation they see especially on social media. In particular, she said, it is the young people who can fight the fake news especially during this campaign season because they have access to correct information being digital natives.

ICED also listed poverty, and graft and corruption as social issues that need to be addressed by the next administration. [End]