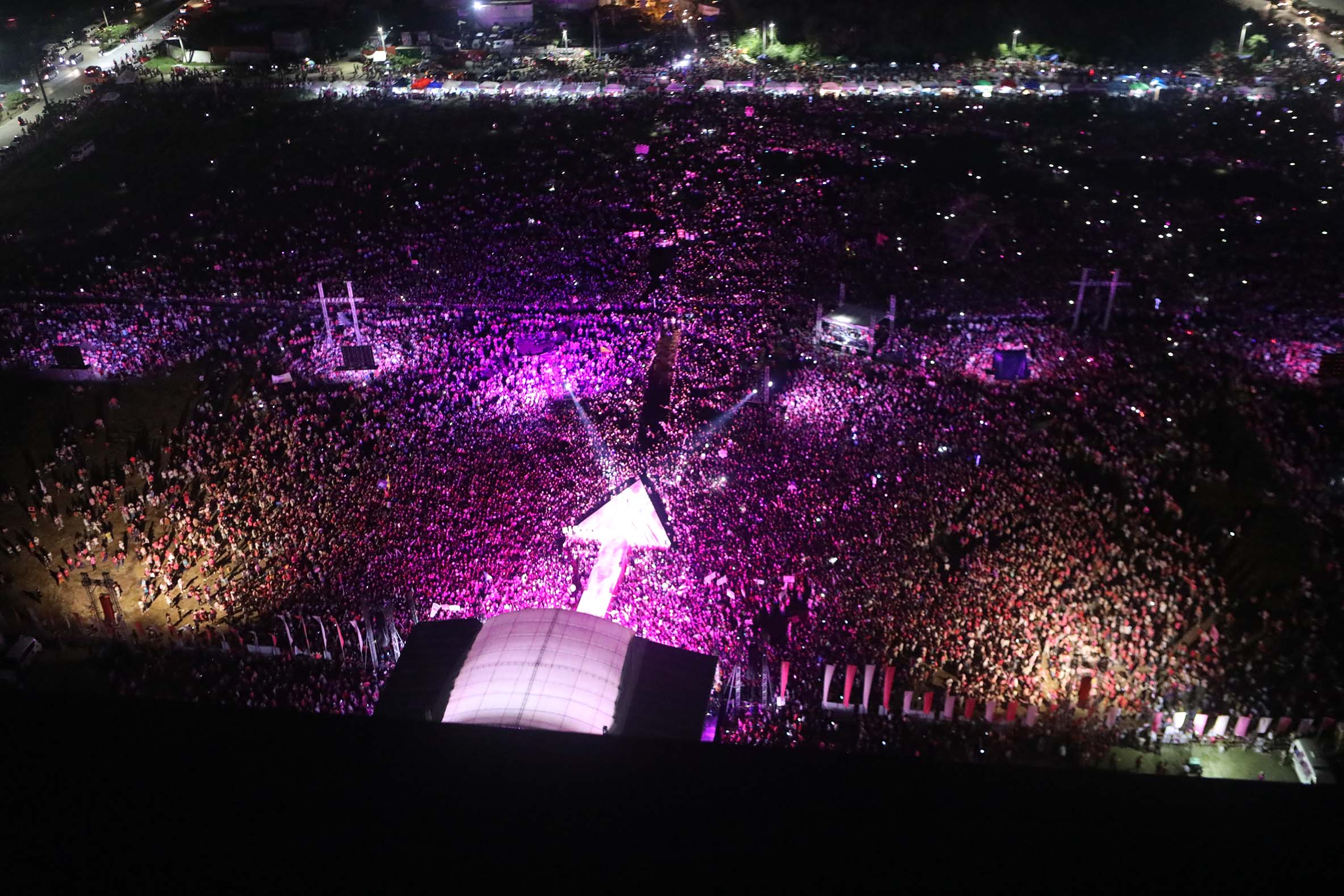 The momentum of presidential candidate Vice President Leni Robredo’s campaign was on full display at the CEBOOM! Cebu People’s Rally 2.0 on Thursday night, April 21, as the mammoth crowd chanted “Daog na ta! (We already won!”) with two weeks to go before the May 9 presidential elections.

Robredo was grateful for the Cebu’s show of support, posting photos soon after the event, and tweeted:

“What a wonderful way to end the day – glimmers of hope as far as the eye could see. Daghang salamat, Cebu, for showing that power truly lies in the people. Daugon na nato ni,” Robredo said, ending it with two sparkling pink hearts emojis.

At the rally, the crowd chanted “Daog na ta! (We already won)”. Cebu appears eager to repeat the victory they gave Robredo in the 2016 vice presidential elections where she received more than 800,000 votes from the country’s most vote-rich province.

As she barnstormed Cebu province on Thursday, Robredo paid tribute to the people’s campaign, making sure that she went to the communities and pressed flesh with the people who had waited under the searing summer heat just to see her.

She went to Bantayan Island, Danao, and Bogo City for the campaign, but made side trips to Tabuelan, a small seaside town that was able to purchase ambulance units with help from the Office of the Vice President (OVP), and Tuburan, where the OVP helped coffee farmers in the installation of a solar-powered irrigation system.

Robredo’s visits to smaller, faraway towns throughout the campaign was a manifestation of her promise once she becomes President: She will bring government to the farthest, most remote places of the country to serve the people.

At the grand rally, Robredo said that she returned to Cebu, confident to show the people that she had not failed them.

Robredo asked her supporters for one final push in the remaining days of the campaign, to go on a house-to-house, person-to-person campaign: