Catanduanes is for Robredo: Governor, all 11 mayors endorse VP Leni for President 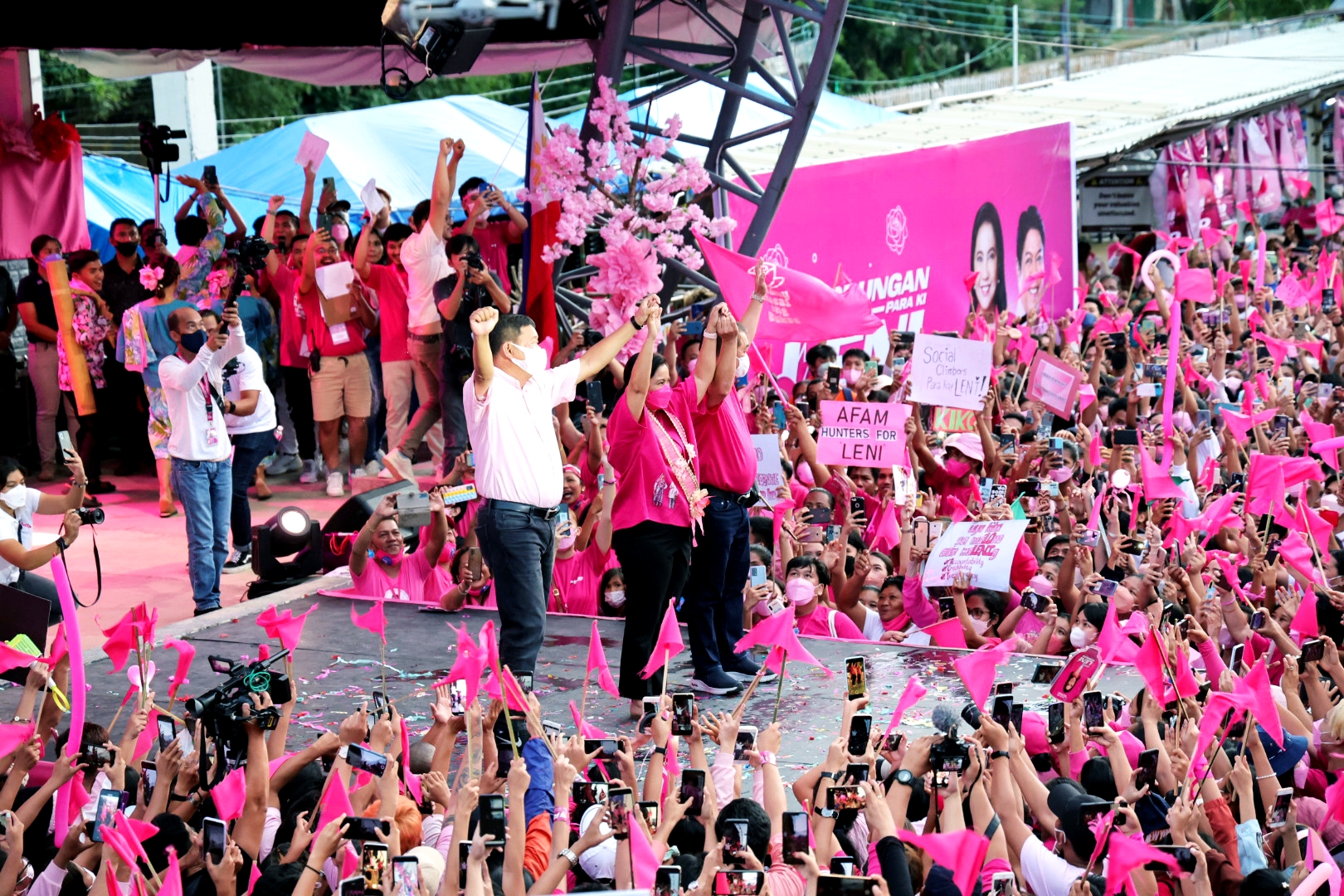 Presidential aspirant Vice President Leni Robredo returned to the island province of Catanduanes on Tuesday, April 12, to visit supporters who have been tirelessly campaigning for her and running mate Senator Francis “Kiko” Pangilinan since February.

Robredo, who came straight from La Union, attended the #Ca10dunganParaKiLeni: Grand Catanduanes Rally held at the VTC Metrowalk in Virac.

They packed the venue despite the rains. Tropical Depression Agaton (international name: Megi) did not stop nearly 12,000 Catandunganons from showing their support for Robredo and Pangilinan.

The crowd in attendance witnessed Catanduanes Governor Joseph “Boboy” Cua and Mayor Peter “Bosste” Cua’s endorsements of Robredo’s candidacy. Mayor Cua, who serves as the president of the League of Municipalities of the Philippines - Catanduanes Chapter, said all 11 mayors in the province were endorsing the Leni-Kiko tandem.

Mayor Cua also promised Robredo that Catanduanes would deliver “overwhelming votes” for her and Pangilinan in the May 9 elections.

As in previous rallies, the rains stopped and the skies cleared once Robredo stepped onstage to deliver her speech.

In her message, Robredo reminded supporters of how valuable they are to the people’s campaign, and how grateful she is for all that they are doing.

She also mentioned how she has visited Catanduanes, a province often affected heavily by typhoons, multiple times to provide calamity relief and assistance.

She likewise mentioned several other projects of the OVP in the island.

Robredo promised Catandunganons that if elected president in the May 9 elections, one of her priorities would be addressing the issue of electricity in Catanduanes and the rest of Bicol region.

After the rally, the presidential candidate took to Twitter once again to express her gratitude to the thousands of supporters who showed up, tweeting: “Happy to end the day with my fellow Bicolanos. Dios mabalos, Catanduanes!!”

She promised that a Robredo administration is one that will serve all Filipinos, no matter what political color they choose. [End]