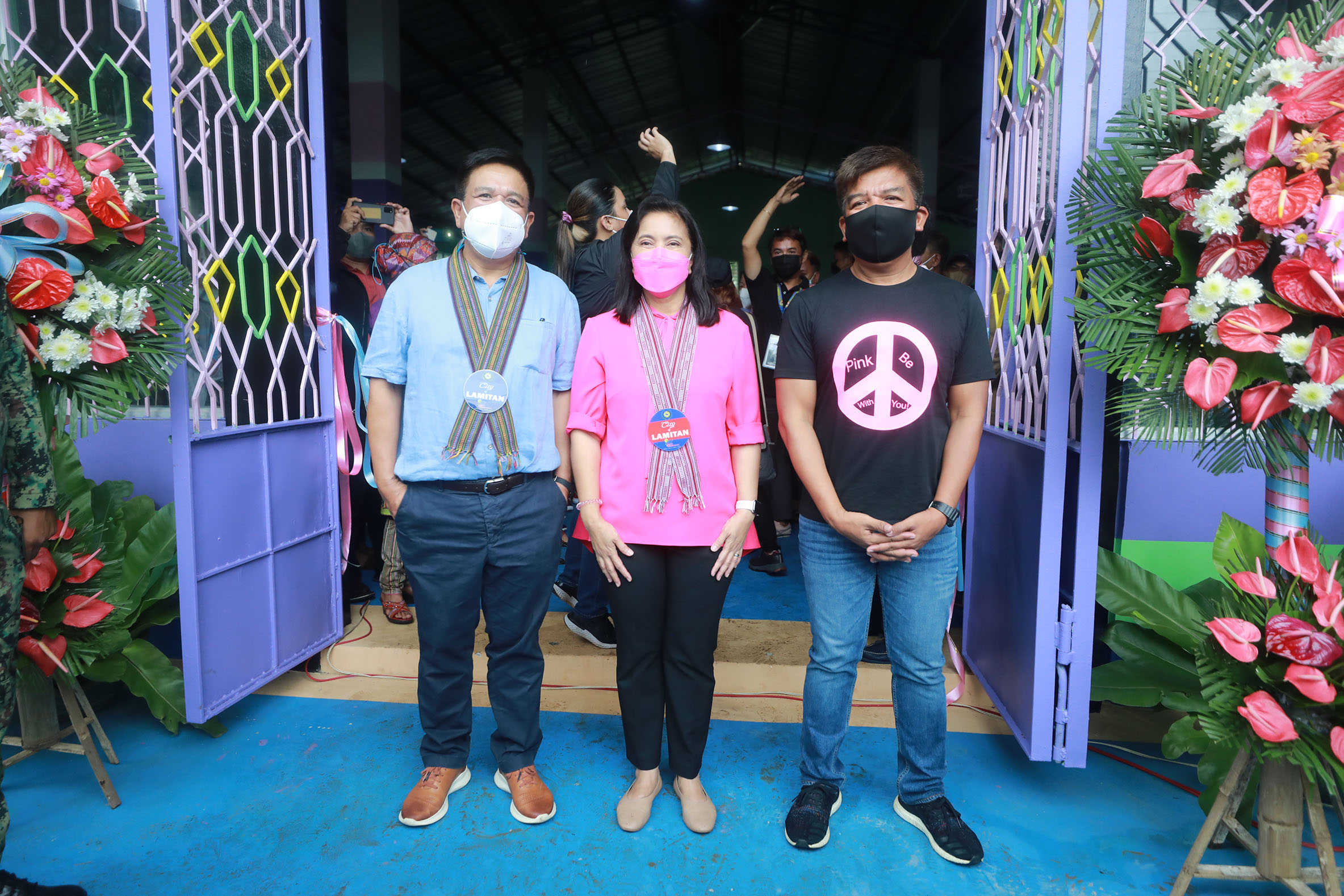 Basilan Governor Jim S. Hataman Salliman has declared his support for Vice President Leni Robredo as the country’s next President, saying he believes in her “vision, track record, and platform of governance”.

Salliman said that Robredo’s “values aligns mine, along with the rest of the UBJP-BARMM (Basilan) Congressman Mujiv S. Hataman,  and every Moro that believes in dignity, justice, and regional recovery and progress.”

Salliman said that his support for Robredo, the only female presidential candidate, will go beyond the May 9 elections, “as she works to build a fairer, more compassionate, and more united Philippines.”

On March 17, Robredo was the first presidential candidate ever to visit the picturesque fishing village of Marang Marang in Isabela City, Basilan, with a population of a little more than 2,000 people.

Women make up half the population in the village, and Robredo vowed to help them with their livelihood while they look after their families.

The Office of the Vice President (OVP), together with its private partners, also built the Angat Buhay Weaving Center for the Yakan weavers of Lamitan City so that they will have a comfortable place to work. A foundation also gave them sewing machines and starter kits.

As she went around the country to campaign, Robredo has promised the people that she would bring the government to them and that no community would be too far and remote to receive government services. [End]