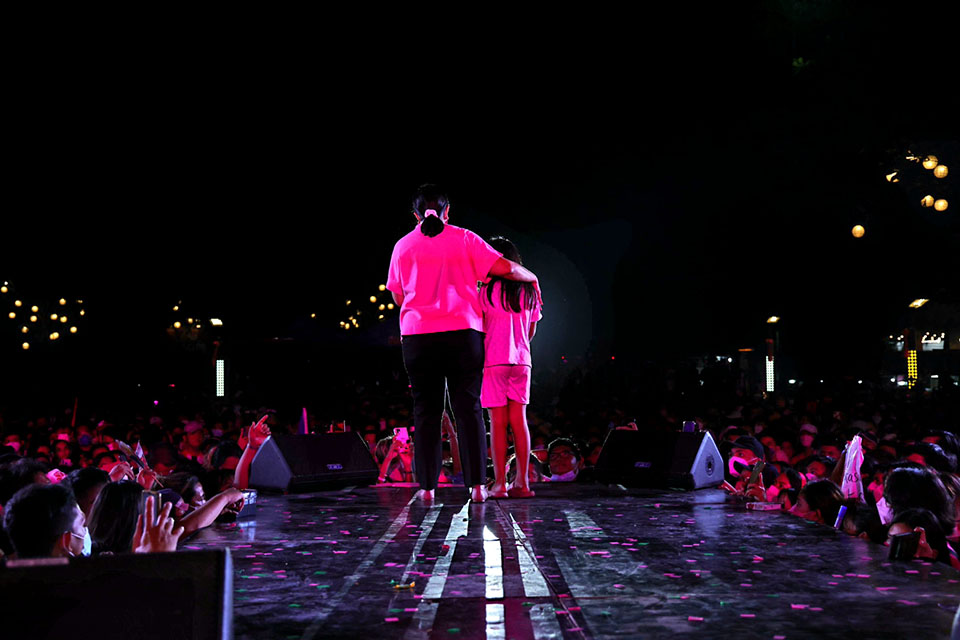 Like the crucial last two minutes of a basketball game.

This was how presidential aspirant Vice President Leni Robredo described the remaining two weeks before the May 9 elections at the people’s rally in Gapan City, Nueva Ecija on Monday, April 25.

In her speech at the "Anehan Na Naman!: Nueva Ecija Miting De Avance", Robredo said the last two weeks is the most crucial time in the campaign.

Robredo recalled how she and running mate, Senator Francis "Kiko" Pangilinan, were both in college in 1986. She recalled that the youth sparked the revolution that year.

But Robredo reminded the crowd that Filipinos do not need a revolution – we only need to use our vote wisely and correctly.

With 14 days remaining before the crucial May 9 elections, the presidential candidate said supporters should exert all efforts in promoting the good and honest governance the Leni-Kiko tandem are advocating.

She thanked supporters who are helping debunk all the disinformation and fake news that have been thrown at her in the last six years through house-to-house campaigning.

Robredo's children Aika, Tricia, and Jillian, her niece, Dr. Gaile Robredo-Vitas, sister-in-law Dr. Penny Robredo-Bundoc, and supporters from all walks of life, ages, and genders, including the country’s top celebrities, have been leading the house-to-house activities in different provinces across the country since April.

The initiative aims to allow ordinary Filipinos, especially those still undecided for the elections, to get to know Robredo and learn about the programs that the Office of the Vice President (OVP) has been doing since 2016.